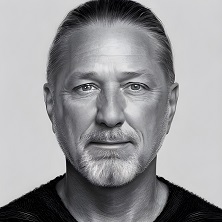 Hi, I'm Bill Bailey aka Dr Bill. Thank you for visiting my site!


That IS why you came to this page right? You're interested in a list because you need leads to market your product or service but there are SO MANY list companies out there all claiming to have the best lists at the best price... yada, yada, yada... and you don't know who or what to believe.

Fair enough. Which is why I create this page -- notice I called it "My Story" rather than "About Us." That's because Real-Estate-Agent-Lists.com isn't just another nameless, faceless site... Real-Estate-Agent-Lists.com is me. As you will see below when you read my story, I've been doing this for a long time and if there's one thing I've learned it's this: You need to TRUST who you buy your lists from. There are a LOT of junk lists out there and ALL of them hide from you. This can be a very sneaky, shady business. Before you submit your credit card information for a bunch of data whose quality you're not sure of, wouldn't you feel a little better knowing who you were giving your money to. Wouldn't you like to know your list was going to be updated regularly?

So this is my story... at least the part that's relevant to Real-Estate-Agent-Lists.com. Hopefully when you're done reading, you will have confidence that when you buy a list from me that 1) the list is the best list that can be found on the internet and 2) if you are unsatisifed for any reason, I will treat you fairly, either by giving you an appropriate refund or giving you additional data for free.

I'm obsessed with data. Even at an early age, I was always been intent on acquiring, collecting, and memorizing data and information.

After obtaining a degree in Computer Science and Statistics at Florida State University (go 'Noles), I continued on to complete a PhD in Information Systems. See I really AM Dr. Bill! I say this not so much to brag but to let you know that I DO know what I'm doing.

After a 6-year stint as a college professor, I jumped into the consulting world developing data-based web applications. In fact, I was developing websites with the very first Microsoft Web Server back in 1997!

In 1999, I partnered a new dot-com venture. It failed. However, as part of that venture, I learned a very valuable skill: how to collect leads on the internet.

Having collected a database of over 600,000 physicians, I launched a physician database website in 2002. At that time, I was one of the first (maybe THE first?) to sell specialty data collected on the internet at a price small businesses could afford. My unique combination of skills as a programmer, web developer, database manager, and internet marketer allowed me to exploit the vast amount of data that was being published on the internet.

My new internet business grew quickly as I expanded my lists to include Chiropractors, Dentists, Lawyers, and eventually Real Estate Agents.

Currently, I continue to sell physician and dentist lists at Physician-Lists.com and, since 2006, real estate agent lists at Real-Estate-Agent-Lists.com. I also have a general buisiness list site at Business-Lists.com.

You can be confident that if you buy a list from me, it will not only be the best, most comprehensive, most accurate list available but if for any reason you are unsatisfied, I will personally make it right.